All in-person performances and events have been suspended through fall 2020. Learn More 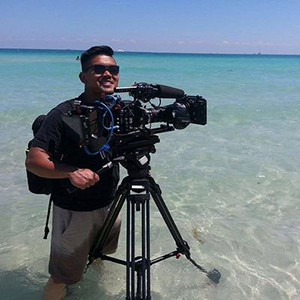 Tony Marquez resides in Los Angeles, California, where he works in the entertainment industry.

After graduating from Mason's Film and Video Studies Program, Tony was able to land jobs in non-scripted television formats with the Travel Channel and Discovery Network. Eager to work and learn, he has been on sets for major Super Bowl commercials, music videos with Ariana Grande, and television shows on the Warner Bros, Disney, and Fox Studio lots. Tony is currently a key staff member on CBS' Young Sheldon.