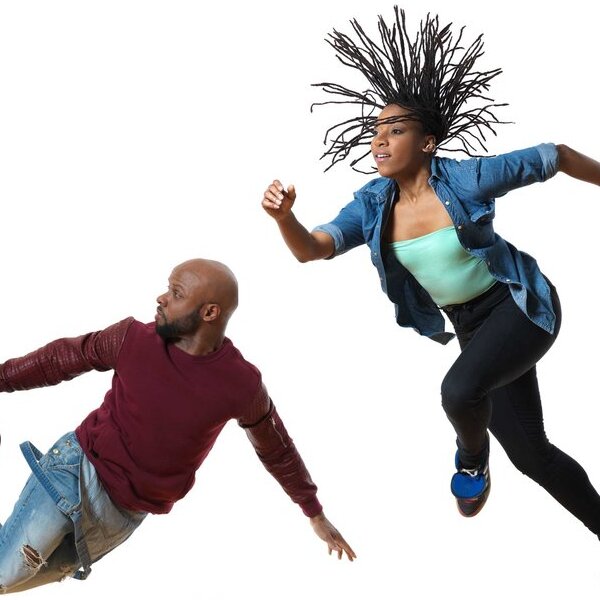 This performance was originally scheduled for January 22, 2022. The Ticket Office will contact all existing ticket holders by email with their options. Please contact the Ticket Office at cfatix@gmu.edu or 703-993-2787 if you haven't heard by January 20.

Called “one of the most sought-after choreographers of her generation” by The New York Times, Camille A. Brown is reclaiming the cultural narratives of African-American identity through dance. Now, her Bessie Award-winning company, Camille A. Brown & Dancers, takes the stage at the Center for the Arts for the first time. In this performance, the company showcases her choreography and artistic vision through a unique blend of modern, hip hop, African, ballet, and tap. The company’s program features selections from its acclaimed Trilogy on race, culture, and identity including Mr. TOL E. RAncE; “Culture code” and “Turf” from ink; and the rousing tribute to New Orleans, New Second Line. Brown has created choreography for Broadway’s Once on This Island (2013) and Choir Boy (2019) for which she received a Tony nomination, as well as The Metropolitan Opera’s Porgy & Bess. She made her feature film debut choreographing Ma Rainey’s Black Bottom directed by George C. Wolfe on Netflix, and recently received the prestigious International Society for the Performing Arts' 2021 Distinguished Artist Award and a 2020 Dance Magazine Award. This fall, Brown made history as the first Black director of Met Opera mainstage production, choreographing and co-directing (with James Robinson), Fire Shut Up in My Bones, which opened the Met season in September 2021. She will also be the first Black woman to both direct and choreograph on Broadway in more than 65 years when for colored girls who have considered suicide/ when the rainbow is enuf opens in spring 2022. Her bold work taps into both ancestral stories and contemporary culture, capturing a range of deeply personal experiences. As an Artist-in-Residence, the company will hold masterclasses and engage with the community leading up to their debut performance.

Before the Performance
A pre-performance discussion with Mason School of Dance Assistant Professor, Roger Jeffrey will take place in Monson Grand Tier, which is located on the third level of the Center for the Arts Lobby, 45 minutes prior to curtain.
After the Performance
A post-performance dialogue led by Camille A. Brown & Dancers company members will take place in the Concert Hall immediately following the event.
Performance Program
View or download the performance program.
Free Tickets for Mason Students
A limited quantity of free student tickets will be available for each event. Eligible Mason students should log onto Mason360 to claim their tickets beginning two Tuesdays prior to the event.

This project is supported in part by the National Endowment for the Arts.