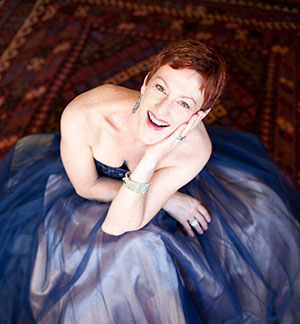 This performance is cancelled. Information for ticket holders can be found here. If you have tickets to a performance that is cancelled, you will be contacted by the Center for the Arts Ticket Office with details about your tickets.

The American Festival Pops Orchestra pays tribute to The Great White Way in an evening of iconic Broadway hits, memorable show tunes, and unforgettable musical theater scores. Maestro Anthony Maiello reunites with Broadway veteran and soprano Lisa Vroman, who starred on Broadway as Christine in The Phantom of the Opera, and was the first to play both Fantine and Cosette in Les Misérables, among other acclaimed opera roles. Regarded as a “musical and theatrical marvel” (The San Francisco Chronicle), Ms. Vroman is a regular guest artist with symphonies around the world including San Francisco, Cleveland, Hong Kong, the Boston Pops, and New York Pops. Don’t miss this exciting American Festival Pops program of Broadway classics featuring “one of American Musical Theater’s most beautiful voices” (Sir Cameron Mackintosh) performing the music of Rodgers and Hammerstein, Cole Porter, Andrew Lloyd Webber, and more!