Beginning October 18, 2021, proof of vaccination or a negative COVID-19 test result is required for all audience members. Details here. 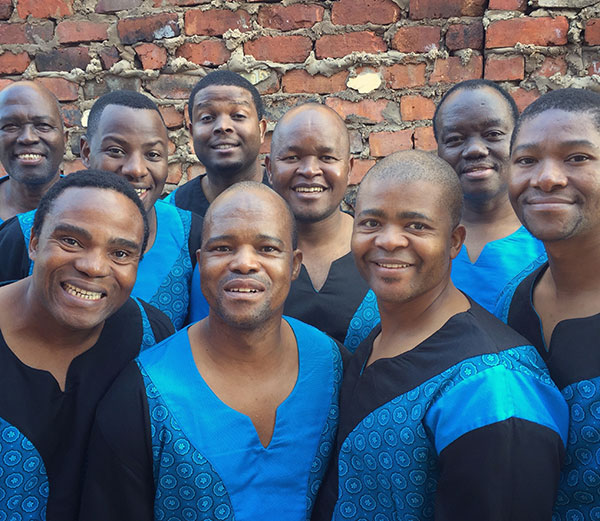 Sharing a heartfelt message of love, peace, and harmony, Ladysmith Black Mambazo performs an uplifting concert showcasing traditional South African vocal styles. Already successful in their own right in South Africa, the group rose to worldwide prominence in 1986 when they collaborated with Paul Simon on his hit album Graceland. Ladysmith Black Mambazo’s richly harmonious vocals take inspiration from isicathamiya, a traditional music that developed in the mines of South Africa. The group has won five GRAMMY Awards, more than any other world music group in GRAMMY history as well as being nominated 19 times. They have recorded with Stevie Wonder, Dolly Parton, Sarah McLachlan, Josh Groban, Emmylou Harris, Andy Grammer, and many others. Their music has been featured on many film soundtracks, including Disney’s The Lion King, Part II; Eddie Murphy’s Coming to America; and Clint Eastwood’s Invictus. Ladysmith Black Mambazo had the deep admiration and respect of South African President Nelson Mandela, who designated the ensemble “South Africa’s cultural ambassadors to the world.”

This performance is family friendly.

Before the Performance
A pre-performance discussion will take place in Monson Grand Tier, which is located on the third level of the Center for the Arts Lobby, 45 minutes prior to curtain.
Free Tickets for Mason Students
A limited quantity of free student tickets will be available two Tuesdays prior to the event. Learn more.
Search