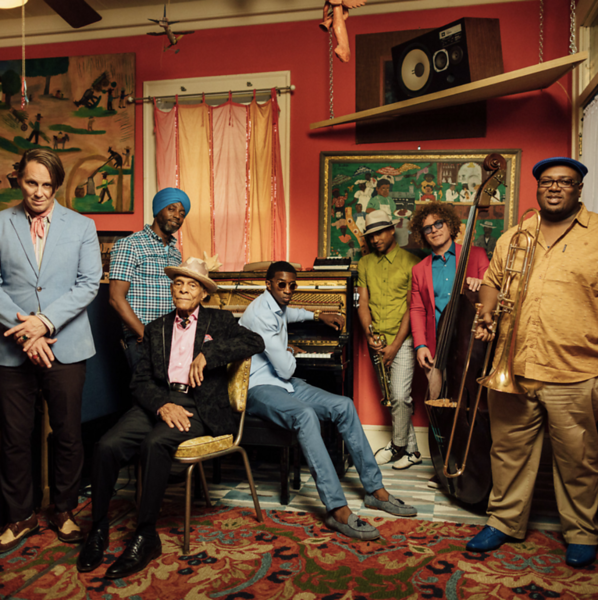 The Preservation Hall Jazz Band’s iconic and exuberant “Big Easy” sound will have you up and dancing from the beginning to end of their concert! People from around the globe make pilgrimages to Preservation Hall, a humble, much-loved room in New Orleans’s French Quarter dedicated to keeping the past and future of jazz alive. This fall, the Preservation Hall Jazz Band is embarking on a pilgrimage of its own—a nationwide tour to celebrate the Hall’s 60th anniversary. Founded in 1961 by tuba player Allan Jaffe to preserve the priceless musical heritage of New Orleans, the band has remained timelessly relevant, sharing the stage with the likes of Stevie Wonder, Elvis Costello, Grateful Dead, Foo Fighters, My Morning Jacket, Arcade Fire, The Black Keys, and countless others. The band’s mission remains focused on creating indescribable experiences through their heritage of music and culture. “Touring is a part of our ritual,” Ben Jaffe, Allan’s son and the creative director of Preservation Hall, adds. “When my parents began touring with the band in the early 60s, they were bringing something that most people didn’t even know existed to stages all over the world... that’s part of our mission: to go out in the world and make that experience available to people.” Be in the audience for Preservation Hall Jazz Band’s Pass It On: 60th Anniversary Musical Celebration and become part of their iconic musical history!

Tickets for this performance will go on sale Monday, August 1 at 10 a.m.

Tickets to Preservation Hall Jazz Band are not available as part of a subscription package. Current subscribers may purchase add-on tickets at a 15% discount by visiting the Ticket Office or calling 703-993-2787.

PERFORMANCE PROGRAM
The program for this performance will be available the week of the event. View or download digital program.
BEFORE THE PERFORMANCE
A pre-performance discussion featuring Dewberry School of Music faculty member Prof. Graham Breedlove, members of Preservation Hall Jazz Band, and Mason’s Braddock Road Brass Band, will take place in Monson Grand Tier, which is located on the third level of the Center for the Arts Lobby, 45 minutes prior to curtain.
FREE TICKETS FOR MASON STUDENTS
A limited quantity of free student tickets will be available for each event. Learn more.

This program is sponsored by