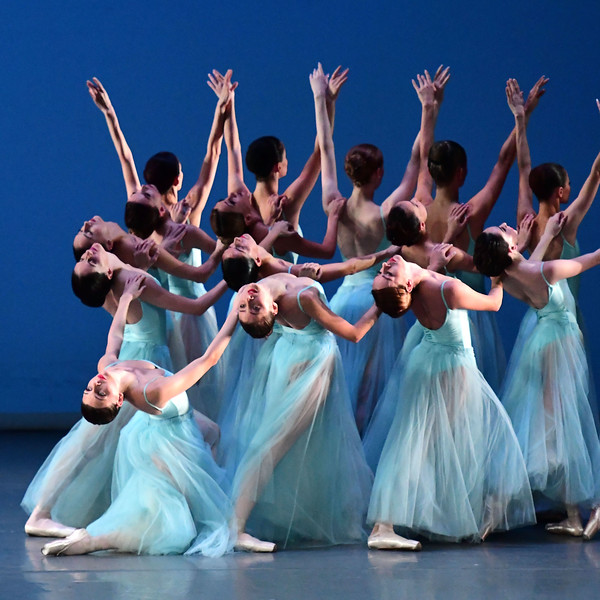 Experience the sleek grace and physicality of neoclassical ballet with the State Ballet of Georgia in a program of works by George Balanchine and Ukrainian choreographer Yuri Possokhov. Led by the renowned Nina Ananiashvili, a native of Georgia and a former Bolshoi prima ballerina, Ananiashvili has revitalized the State Ballet of Georgia, attracting major choreographers from all over the world. Their debut program at the Center for the Arts features two works by famed 20th-century Georgian American choreographer George Balanchine including Serenade, set to music by Tchaikovsky, and Concerto Barocco, set to J.S. Bach’s Concerto in D minor for two violins. The impeccably precise dancers of this company also bring Georgian folk melodies to life in Sagalobeli by Ukrainian choreographer Yuri Possokhov. Referencing the company’s 2011 tour, The Washington Post said, “Ananiashvili and her company are practicing diplomacy through dance—a great and hopeful gift.”

Performance Program
The program for this performance will be available the week of the event. View or download digital program.
Before the Performance
A pre-performance discussion will take place in Monson Grand Tier, which is located on the third level of the Center for the Arts Lobby, 45 minutes prior to curtain.
Free Tickets for Mason Students
A limited quantity of free student tickets will be available for each event. Learn more.
Search